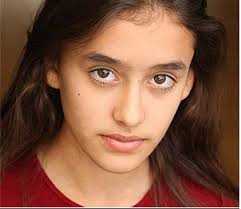 Isabella began her musical career at the age of 10 when she was featured as a soloist in a famous TV show in Italy known as Zecchino D’Oro- a children’s music festival produced by RAI International. Her song, Regalero Un Sogno, an original by Gianmarco Gualandi (a famous italian music composer) won several times and her song became one of the number one hits for children’songs that year throughout Italy. Her name appears in the Italian Wikipedia for that reason. From there, Isabella was extended numerous invitations to sing at various venues throughout Europe. One for instance was the UNICEF children’s sponsored music festival in Onesti Romania known as “Ti Amo” in 2012. Shortly thereafter, Isabella won best junior vocalist in her category (ages 9-11) at the Microfono D’Oro Music Festival in the summer of 2012 in Italy. In the Fall of 2013, Isabella was invited to sing at the Minister of Justice Palace in Mexico City D.F. for a children’s fundraiser concert. From 2013-2014, she received various invitations to sing as a soloist at different functions throughout San Diego County. To name a few:

Isabella was recently featured in an Argentinian professional Broadway Production, “Wunderkindz” as one of the lead soloists. That production took place for several weeks in August of 2014 at the pristine Teatro Colon in Buenos Aires, Argentina and was sponsored by Warner Chapel Music Latine America. Her name appeared in various popular Entertainment and Social Columns all over Argentina due to that performance. Isabella was recognized by ASCAP (American Society of Musicians and Composers for her participation in that musical. Most recently, Isabella traveled to Italy where she was asked to sing as a guest singer for the well known Eurokids Music Festival in Salerno, Italy. Isabella has credits for two national commercials and four IMDB film credits.