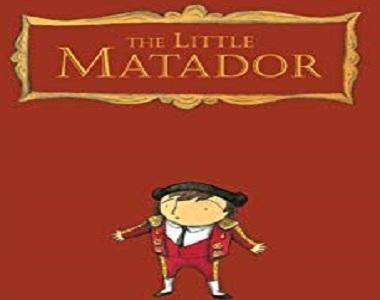 The Little Matador comes from a long line of proud bullfighters, but he would rather draw a bull than fight one! Despite his father’s best efforts to get him to follow tradition, the Little Matador spends most of days daydreaming and sketching animals in the meadow.

One day when the Little Matador is caught “making a scene” in the town square—drawing a scene, that is—his father decides he’s had enough! The Little Matador gets dragged to the arena to face his first bull. He may have decided he’s not going to fight, but the bull has other plans. That is, of course, until the Little Matador pulls out his sketch pad. Our talented hero may have won over the bull, but can he overcome his father’s disapproval?

In this little book about dreaming big, first time author/illustrator Julian Hector teaches us all about the importance of being true to your heart even in the face of great family expectations—and charging bulls!

Other dates for this event: